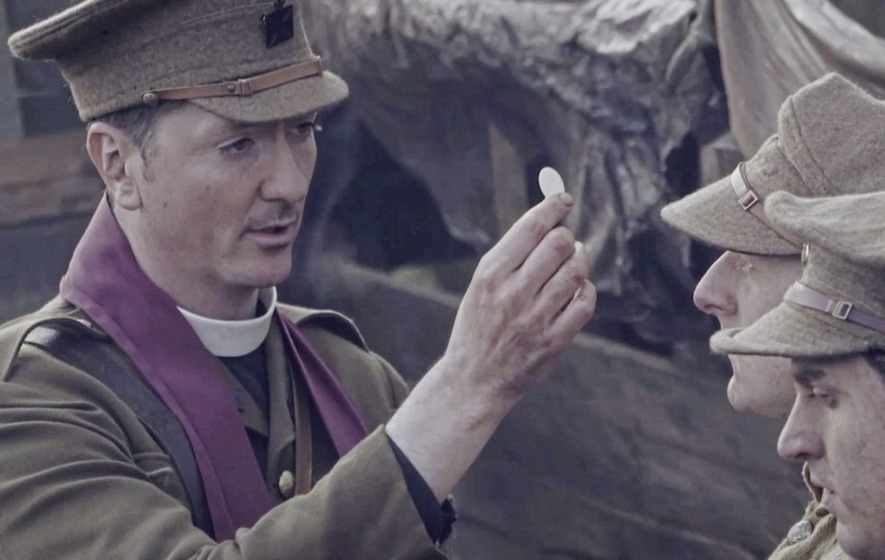 This is extraordinary story of Fr Willie Doyle sj , the Irish Jesuit who died at Passchendaele while serving as a chaplain in the British Army during the First World War.

Directed by Campbell Miller, vividly depicts how Fr Doyle sj ,who served in the 16th Irish Division, repeatedly risked his own life to save others – including enemy German soldiers – during some of the war’s bloodiest battles.

Film in English with English subtitles.

Light snacks during the film.