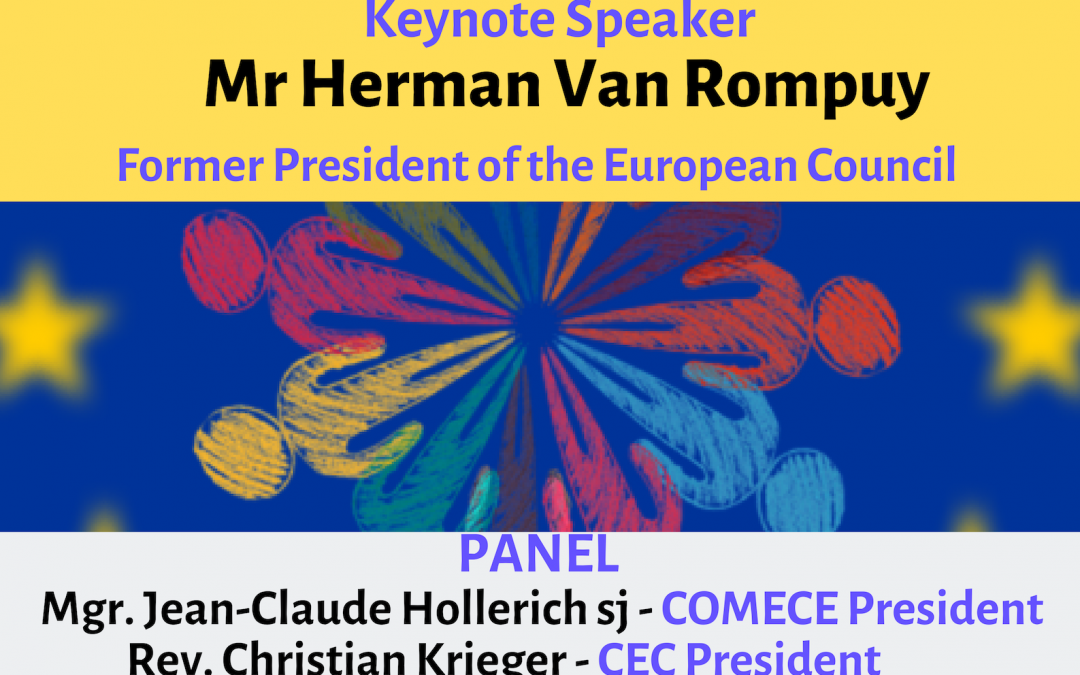 « Passion for Europe » is a group of Catholics of seven nationalities, coordinated by JESC.

In a process of common reflection, the group drafted the document « Rediscovering the European Common Good ».

Starting from Pope Francis’ speech at the Conferral of the Charlemagne Prize in 2016 the members of the group find hope in reviving the vision of the founding fathers, rooted in the Church’s social thought, and in the social dimension of Christian anthropology.

Herman Van Rompuy, President Emeritus of the European Council, will comment on this document and participate in the subsequent panel discussion.