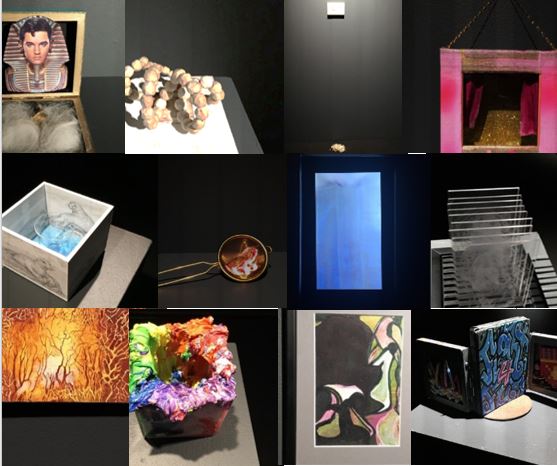 Organized with the  Finnish Seamen’s Mission.

In 2014 a newly formed group of visual artists got together around one idea: what would artists’ altars look like?
For an exhibition in Tuusula art museum each artist worked with that idea in their own way, and the results were ten installations. In 2016, the idea was to condense the concept even further; what would be so important that the artists would make a travel altar for it?

The results are on show now in this exhibition.

In different cultures and within different religions, altars have been used for different purposes, but mainly they have been a sacred place for specific rites. As well as static altars, people have formed portable ones, even as small as pendants. In christian tradition travel altars have been used by people who for some reason can’t come to church. An altar can also function as a place for personal.
Today, religion and spirituality can be foreign for some people, but nevetheless a person can hold important things, people or objects as holy.

The idea of holiness has traditionally been linked with religious thinking, opposite to mundane things. The idea of holiness can, however, be contrasted in secular thinking with things we give special value to, for example nature, literature, freedom of speech, human rights or people dear to us.