Will 2019 see the Christian families returning to Syria? 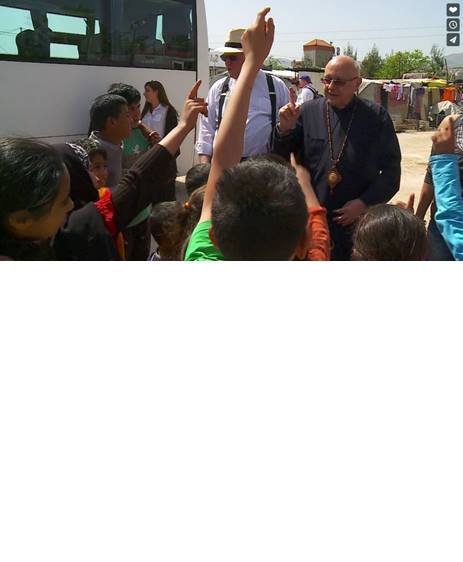 AID TO THE CHURCH IN NEED INTERNATIONA would like to invite you to:

H.E. Darwish will share with us his first-hand experience of the 8 years of conflict and its impact along the border of Syria with Lebanon, where he has been serving together with his team thousands of refugees. Much is being said about the diminution of the danger and the fact that the neighbouring countries want to see the refugees go back to their hometowns. Archbishop Darwish knows of the multiple factors that a family considers before making the move, and how the international community, particularly the universal Church, can help them once they have decided.

The Archbishop founded and managed the development of numerous orphanages and education institutions for children and adults (from kindergarten to technical school). He strongly believes that education is a precursor of peace, and makes sure students of all backgrounds are included in his programs. His continuous efforts in order to provide shelter, food, basic medical care and education to the most vulnerable are crucial to the survival of this Christian community. Entire cities in Syria lie in ruins, which is posing further challenges to the voluntary and sustainable repatriation. Some Syrian refugees are returning despite all difficulties, also because of the harsh living conditions, poverty, barriers to accessing health and education services they encounter as refugees. The pontifical foundation Aid to the Church in Need (ACN) assists and supports the Church’s work for the Syrians in their effort to rebuild their society as a whole.